All planning authorities in England are required to prepare and publish a Local Plan.  This sets out the policies against which planning applications for proposed new developments are assessed and decided.

The OPDC started drafting its Local Plan in 2015.  In early 2016 a first Draft Plan (‘Regulation 18 version’) was published and consulted on.   We submitted a detailed set of comments which can be seen at this link response-to-opdc-draft-local-plan-final

Normally this would have been the final round of public consultation prior to an Examination in Public of the Draft Local Plan,  carried out by a planning inspector.   In this instance, the nature and extent of responses into the 2017 version was such that substantial changes needed to be made.  This work was carried out by OPDC planners in late 2017 and the first half of 2018.   A ‘Second Regulation 19’ Draft Local Plan was published by OPDC on June 12th 2018, with a further round of public consultation which ran to July 30th 2018. 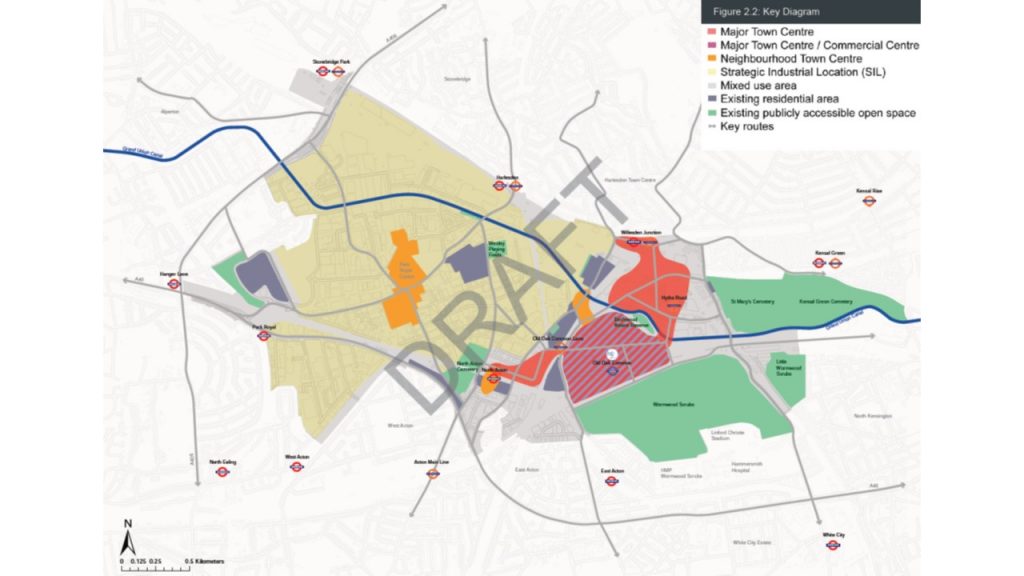 The Forum made  a further response to this third draft OONF response to Regulation 19.2 OPDC Local Plan.  We again questioned the highly ambitious target of delivering 24,000 new homes at Old Oak, and the resultant extreme housing densities and building heights.

This third version of the OPDC Draft Local Plan was submitted to the Secretary of State in October 2018, to be ‘examined’ by a planning inspector.  The document and all of its supporting material be found on the OPDC website at this link.

The Old Oak Neighbourhood Forum, and other local bodies such as the Grand Union Alliance, St Quintin and Woodlands Neighbourhood Forum, and the Hammersmith Society continue to believe that the OPDC Draft Local Plan is not a sound basis for future regeneration and development in the area.  We made representations to Planning Inspector Paul Clark at public hearings on the Draft Local Plan in the first half of 2019.

In September 2019, Planning Inspector Paul Clark published his interim findings on the OPDC Draft Local Plan.  These required major changes including the removal of ‘Phase 1’ proposals to build on the 45 acre Cargiant site and a consequential reduction in the number of new homes that can be promised within the ‘plan period’ of a first OPDC Local Plan (down from the oft quoted 25,000 to 14,200 by 2032.

The Consultation Statement and its set of Appendices, as prepared by OPDC officers, includes the representations made by the Forum at each of the three consultation stages, along with a response from OPDC planning officers.

In Ocrober 2020 the OPDC Board discussed the Corporation’s proposals for a set of ‘modifications’ to their Draft Local Plan.  These will undergo statutory consultation in early 2021 before being submitted to Planning Inspector Paul Clark.  A resumed Examination in Public of the OPDC Draft Local plan is expected to take place in mid 2021.