In order to have the powers to prepare a neighbourhood plan, a neighbourhood forum has to be formally ‘designated’ by the relevant local authority.  The original April 2017 application for a neighbourhood area at Old Oak was for a ‘cross-boundary’ area of 280 hectares (shown in blue on the map below).  This required designation by the OPDC and by Hammersmith & Fulham Council.  In September 2017 only a much reduced area of 22 hectares was designated by the OPDC and is shown in yellow on the map below.  Hammersmith and Fulham designated a separate area which the Council has labelled as the ‘Old Oak Estate Neighbourhood Area’. 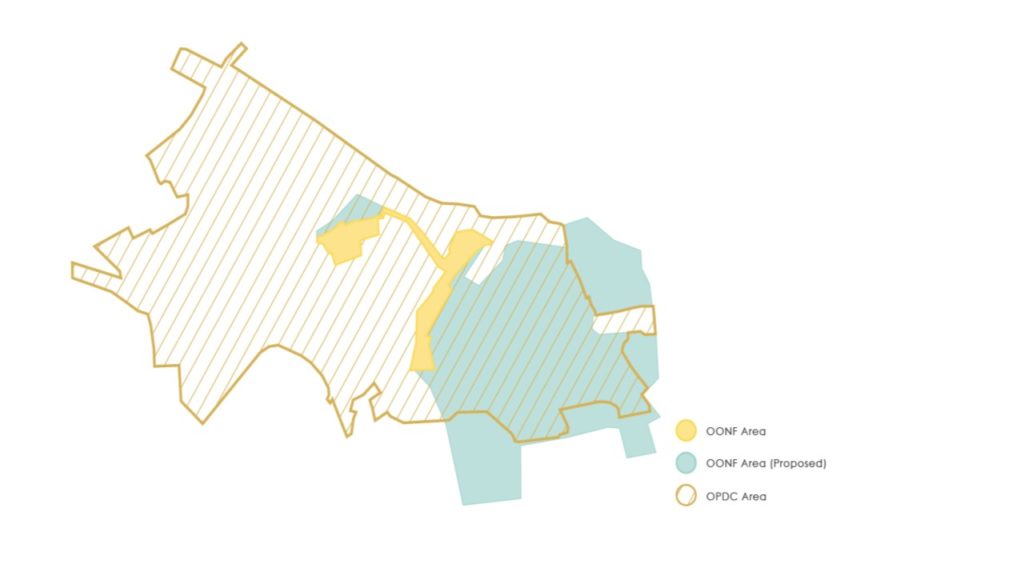 In February 2018 the Old Oak Neighbourhood Forum, with a membership from within the reduced 22 hectare area, was designated by OPDC.  This is the body preparing a neighbourhood plan for the area

Because the legislation is based on the principle of ‘one forum/one neighbourhood area’ it is not possible for the Old Oak Neighbourhood Forum to also prepare a neighbourhood plan for the separate ‘Old Oak Estate Neighbourhood Area’ as designated by Hammersmith & Fulham’s Cabinet on September 4th 2017.  This will therefore be an ‘orphan’ area until such time as some ‘qualifying body’ comes forward to seek designation as the neighbourhood forum for this area.

As of late 2019 there are no such firm proposals coming forward from Old Oak Estate residents, although the Old Oak Friends and Residents Association meets on occasions to discuss the future of the estate, OPDC plans for Wormwood Scrubs and  proposals from Hammersmith & Fulham Council for the future of Linford Christie Stadium.  The Friends of Wormwood Scrubs is a very active organisation on all of these issues.