Neighbourhood plans were introduced by the 2011 Localism Act.  They are the most local and devolved part of the English planning system.  Neighbourhood planning was slower to take off in London than in rural areas, but more plans are now reaching the stage of being ‘made’ (i.e. adopted as part of the statutory Development Plan for the planning authority in question).

20 Neighbourhood Plans in London are in force in early 2021.   See at www.neighbourhood planners.london  for the latest information. 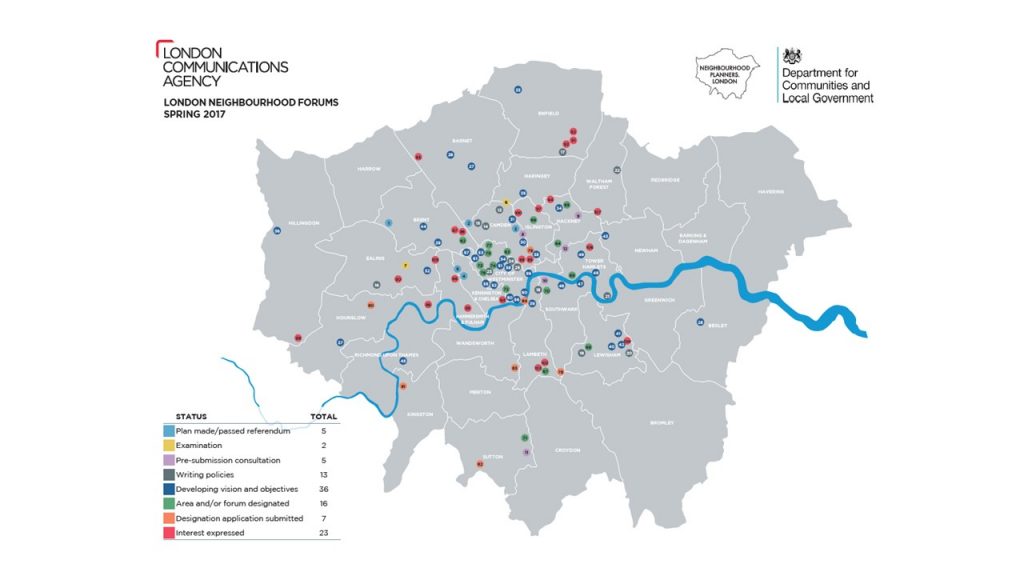 London’s planning system is made up of several layers of planning policies:

Planning applications in a neighbourhood area are assessed against the policies and site allocations set out in all four of these layers of the system.

Since 2016, the Old Oak Neighbourhood Forum has spent most of its time and efforts in responding to the OPDC’s efforts to complete its Draft Local Plan.   The Development Corporation has experienced a series of setbacks, the biggest of which has been the ‘interim findings’ of the Planning Inspector in September 2019.  As a consequence, OPDC announced a ‘change of direction’ and ‘new focus’.

Proposals for Old Oak North and a major town centre at Hythe Road were abandoned in favour of a shift to the ‘Western Lands’ in East Acton.  Previous posts on this website explain more detail.   As a result of these delays, the original 2015 timetable for adoption of an OPDC Local Plan has slipped 4.5 years from early 2017 to late 2021.

Our draft neighbourhood plan has been revised as a result of these changes of direction by OPDC.   The earlier November 2019 version published on this website has been replaced by a January 2021 version.

This latest Draft Plan can be downloaded as a set of PDFs at the links below.  The first two sections set the context along with a series of generic policies designed to apply across the whole of the designated neighbourhood area.  There are then five short chapters of the Plan each covering one of the sub-areas as listed below:

The Forum published this first version of our neighbourhood plan in November 2019. Since then OPDC has drawn up a set of major ‘modifcations’ to its own Draft Local Plan.  These are being consulted on over winter 2020 and our own proposals need to be reviewed and adjusted to take these changes into account.

Once the Forum is satisfied it has a complete Draft Plan, this will be the subject of a formal ‘pre-submission’ consultation as required by Regulation 14 of the 2011 Localism Act.  Landowners and statutory consultees will be consulted on at this stage, which we expect to be in the early part of 2021. 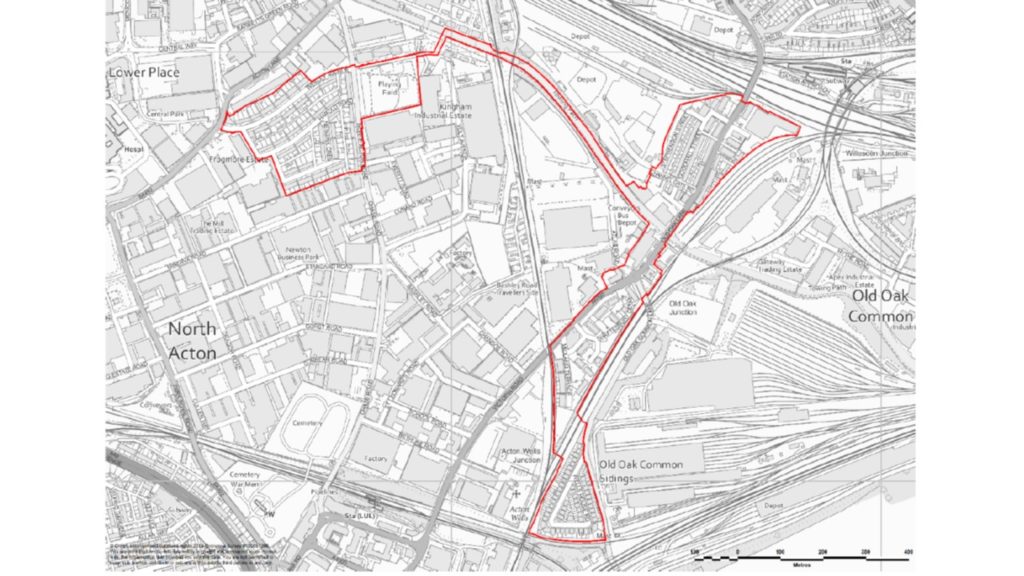 Please get in touch at oonf@gmail.com if you would like to know more about the Neighbourhood Plan, or have queries about any of the detailed policies and site allocations that have been included in this first draft.

Membership of the Old Oak Neighbourhood Forum is open to anyone who lives or works in the designated neighbourhood area.   If you live or work in the wider area you are also very welcome to join and to come to meetings as an ‘associate member’.  At the stage of a referendum on the Draft Neighbourhood Plan, it will only by those on the electoral register within the designated area who will have the opportunity to vote.